Monday, May 2
Here we go!  Our Bermuda cruise vacation started yesterday.  We had to get up at 4:15 in the morning to leave the house no later than 5:30.  I had everything ready the night before to load into the car except the bathroom things.
Mom and Dad are on the trip with us, along with another couple that we know from being very good clients of Hubby’s, as well as becoming friends of ours.  They are the ones that told us about this cruise they were going on and invited us to join them.  Don and Kay are about the same age as my parents - mid 70’s.
Mom and Dad picked us up at exactly 5:30 and we headed out for the 3-1/2 hour drive to Allentown, PA, where we caught up with Don and Kay. We then transferred to a bus that took us directly to the Holland Cruise ship at the New York pier. 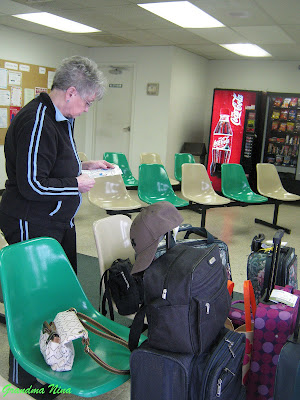 Mom checking the schedule at the bus station

We were already delayed by one day.  We were supposed to leave Sunday, but we got notice that the ship was delayed by a day because it wasn’t ready.  Then embarking was slightly delayed on Monday because the ship’s computers weren’t set up. 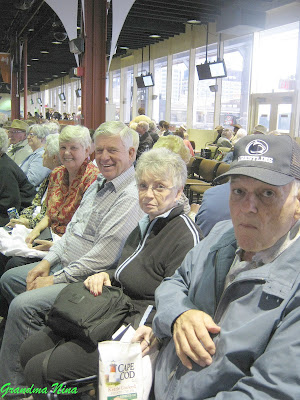 l-r - Kay, Don, Mom and Dad - waiting some more at the cruise ship terminal in New York
A lot of "hurry up and wait". 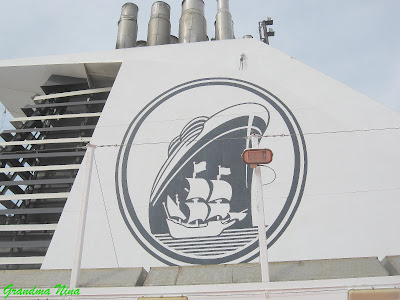 We’ll have two nights and one day at sea and land in Bermuda on Wednesday morning. We sailed past Ground Zero,  Ellis Island, and the Statue of Liberty in the New York harbor, which just seemed so appropriate and a little moving on this day after Osama Bin Laden was finally captured and killed 10 years after the terror he brought to this nation and to this very city. 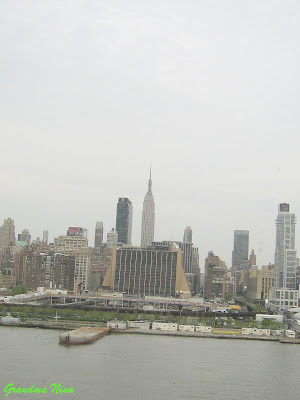 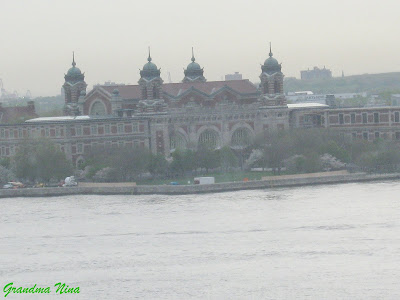 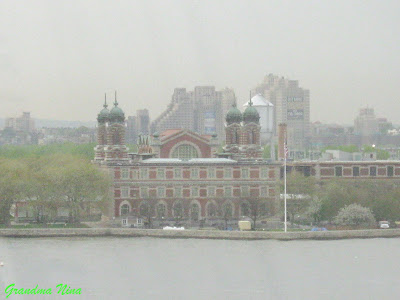 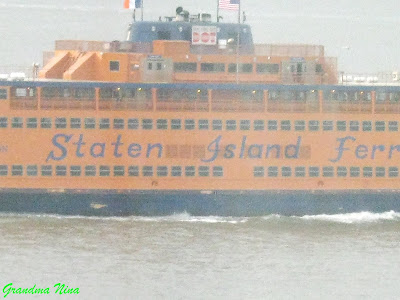 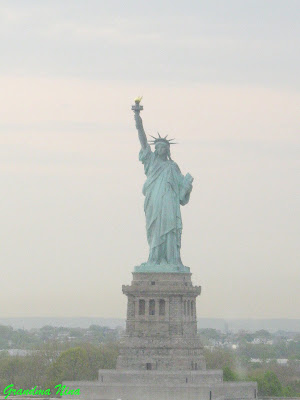 The sun was setting quickly as we sailed out of the harbor, and this is the last picture I was able to get.  I don't know what New York City bridge this is. 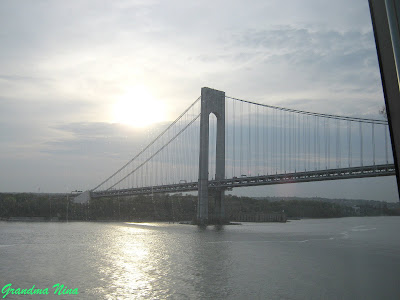 We enjoyed the evening listening to live music being played in many locations around the ship, browsing the shops, playing a little bingo (didn’t win!), and watching a live show in the beautiful showroom.

By then it was 10:00 at night and the long day had taken it’s toll on me.  First of all, I was freezing cold all day.  I need to get to some warm weather!  And they keep this boat too cold for my liking!  I was also overly tired from the days of preparing for the trip and the early and long day yesterday.  I now have laryngitis.  I think I just need to get some sleep.
at 2:09 PM 5 people had thoughts about this