We picked up Logan and Landen yesterday for another weekend here at Bob and Nina’s house.   They call us by our first names because when they were little they just weren’t able to say Grandma and Grandpa.  And since they were the first grandchildren, all they ever heard us called were Bob and Nina.  I enjoy being called Grandma, but Bob and Nina stuck.

As soon as Logan hits our door, he’s running up to their room to hook up his Game Cube that he brought with him.  Austin and Melissa lock this up during the week and he’s allowed to get on it from Friday afternoon until Sunday afternoon. 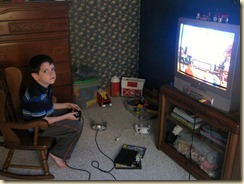 We still limit his time on it because he won’t even stop to eat and pee if we don’t.

Today was a fairly nice day, so we decided to take the boys to Cooper’s Farm Market.  Their Fall Festival weekends were over, but they still had a few things going on.  Logan really didn’t want to leave his Game Cube, but once we were there he had a great time.  Landen wasn’t feeling very well, so he was a little quiet and laid back today.

Logan picked out two pumpkins for them so they could carve Jack-O-Lanterns tomorrow with their mother. 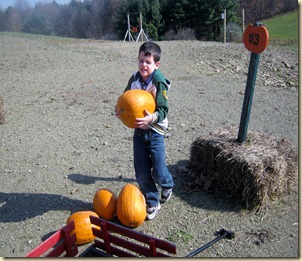 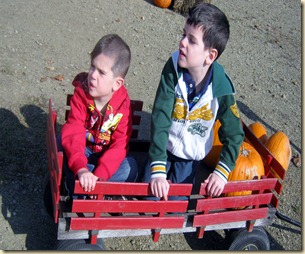 Second cousin Kyle, as the two boys have lovingly come to call him, joined in the fun with them. 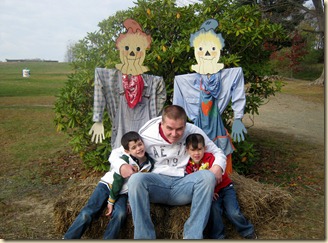 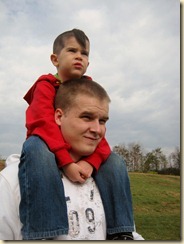 Kyle is 6’4”, so Landen was thrilled to be up so high while walking through the corn maze. 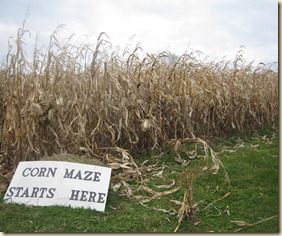 They also had a smaller hay bale maze that was great for the smaller kids to just run around in. 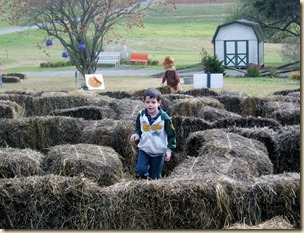 Logan had a great time trying to catch this rooster.  But there was no way! 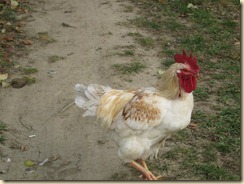 On the way home we had to stop at the Harley Davidson shop per  Bob’s desire.  Bob has been threatening to buy a Harley for the last 31 years!  He had a Harley when he was about 21 years old and maybe he hopes to re-capture some of those young and wild days.

This was the first bike greeting us as we walked into the store. 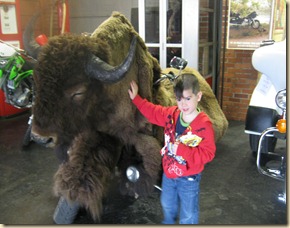 It’s a real buffalo hide hanging on a motorcycle.

Landen also wanted to try on a helmet.

I think he has a way to go to grow into it.  And I think it was heavier than he is!

We ended our afternoon out with ice cream cones.  This if the kind of weekend and times I enjoy with my grandchildren.  Logan was even glad that he took a break from Game Cube.

Now we’re back home and Landen is taking a nap and Logan is --- you guessed it!--- back in his room on Game Cube!

It feels like a grilled cheese and tomato soup dinner night.  I love Fall!