Moving Into the New Year

This is going to be a hectic day.  This is moving day for Austin and his family.  They are only moving about an hour and 15 minutes away, but it's very cold out and a lot of snow. 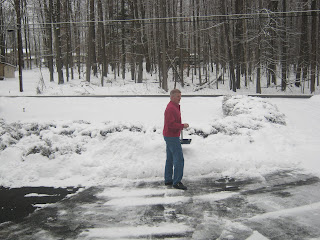 Austin is picking My Bob up at 8:30, in about an hour and a half, to go pick up the U-Haul.  The boys spent the night here last night so that Austin and Melissa  could get more packing done.  I'm going to gather up my cleaning supplies, some food for a few meals, a little bag for myself in case I decide to spend the night at the new house, then the boys and I will pick up Austin's brother-in-law that lives with them and we'll head off to the new house.
The reason for the move is for Austin to be closer to his recruiting office.  It's a good move, but a hard one.  Austin is having to give up the house he's in now, which was his great-grandparent's home for 50 years.  It holds a lot of memories and was so convenient to us.  But these changes were in the best interest of their family, so life goes on.  This new house is not a "new" house.  Just new to them.  It's from around the 1960's and is a five bedroom, 3 bath with a unique layout. 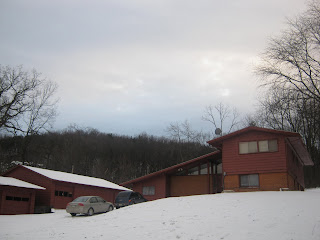 They'll just be renting it, so there are many things I would do to fix it up, but they won't want to do as a rental.  So I'll help clean it real good and offer my decorating advice.  Sometimes it's hard to draw the line between trying to be helpful and butting in.  I'll do my best to walk that tightrope.  It can be hard for me to not go overboard with the cleaning and the decorating because I enjoy doing it.  Why is it that I see dirt and problems where no one else does?  Just drives me crazy.  Anyway, so far they are asking for my help so I'll take advantage of the opportunity.
The boys are still asleep, and as soon as they get up, which I expect to be any minute now, the "fun" will begin.  I sure wish I had slept better, but too much going on in my head.
Then last night my other son from Spokane called to say that they just got word that they got a three bedroom, 2 bath house that they had been on a waiting list for.  They are packing up their tiny apartment right now and moving on Monday.  This is a house on base (Air Force).  These on base houses are very nice.  They looked at houses off base to rent and there is nothing nice.  And they wouldn't be able to buy a home in Spokane that would be even close to being as nice as the base housing.  As soon as they get moved in, Brandon starts his six months of Survival Training and Diana will be coming home for a two week visit.  I wish I could go back with her and help clean and decorate their new home! That just won't be possible right now.  If they were closer I would certainly be there.
I am hoping that I can get one whole day to myself pretty soon.  I think I'm going to be very tired after this weekend.
We did have our New Year's Dinner yesterday. 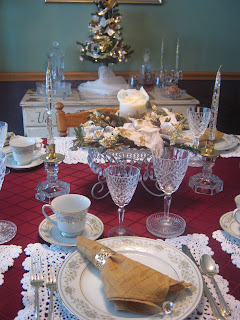 I cooked our traditional pork roast, sauerkraut, mashed potatoes, applesauce, green beans with almonds, and chocolate peanut butter pie.  There were nine of us here. It was very good, if I do say so myself.  Austin and Melissa ate and then left shortly after to continue their packing.
Ohh - there they are!  They're up!!  Time to get this party started!!!
at 9:33 AM 7 people had thoughts about this